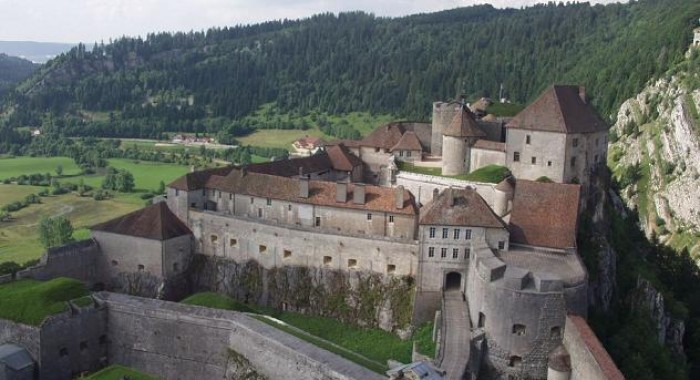 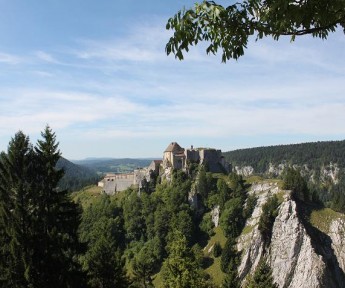 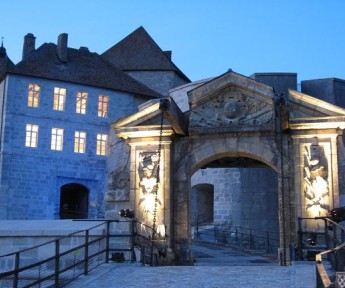 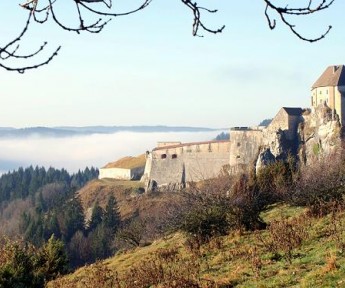 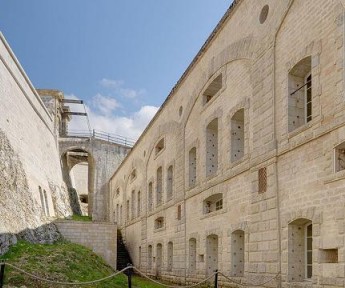 Standing above the entrance to the Pontarlier Gap, with the Swiss border on the horizon, you cannot fail to see this architecturally imposing castle. From e height of some 100 meters, the Château de Joux overhangs the major international road and trade route that has connected Italy to the Jura, Burgundy, Flanders and Champagne regions since the days of the Roman Empire.

Symbol of a thousand years of evolution in the history of fortification, the Château de Joux has witnessed the great European conflicts: the passage of Charles the Bold in 1476, occupation during the 30 Years War in 1639, and surrender during the French conquest of Franche Comté in 1674. During the 18th century, the Château de Joux became a state prison, just like the Bastille in Paris and the Château d'If in Marseille. Many inmates suffered there the harshness of prison life, among them Count de Mirabeau who, a few years later, would go on to play a role in the French Revolution as one of the authors of the “Declaration of the Rights of Man and of the Citizen”.

The castle is also a key stage on the Road of the Abolitions linking four sites, symbols of the fight against slavery: the House of Négritude in Champagney (Haute- Saône), the House of Abbot Grégoire in Emberménil (Meurthe et Moselle), the Victor Schoelcher Museum in Fessenheim (Haut-Rhin) and the Château de Joux (Doubs).

In the heart of the Haut Doubs, the fortress today houses a museum with a rich collection of 18th- and 19th-century weapons some of which are extremely rare exhibits. Guided tours, lectures, evening activities, and the festival of “Les nuits de Joux” mean the castle is busy all year long.

Guided tour only between the 1st april to 6 July and the 1st september to the 15 november (booklet in english, german or dutch available at the ticket office)

Self-guided visits only between the 7 July to 31 August  (booklet in english, german or dutch available at the ticket office) 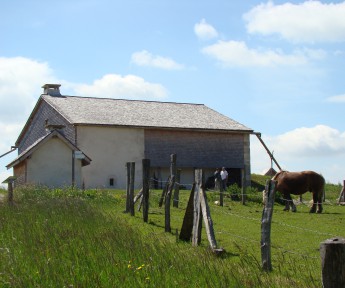 Visit the open-air museum of the comtoises houses situated 15km from Besançon and discover Franche Comté in a 15 hectare park. 30 comtois buildings, among them a tuyé farm, gardens, orchards and vegetable gardens, animalsan ideal place for a week-end or a family trip. The park has activities....